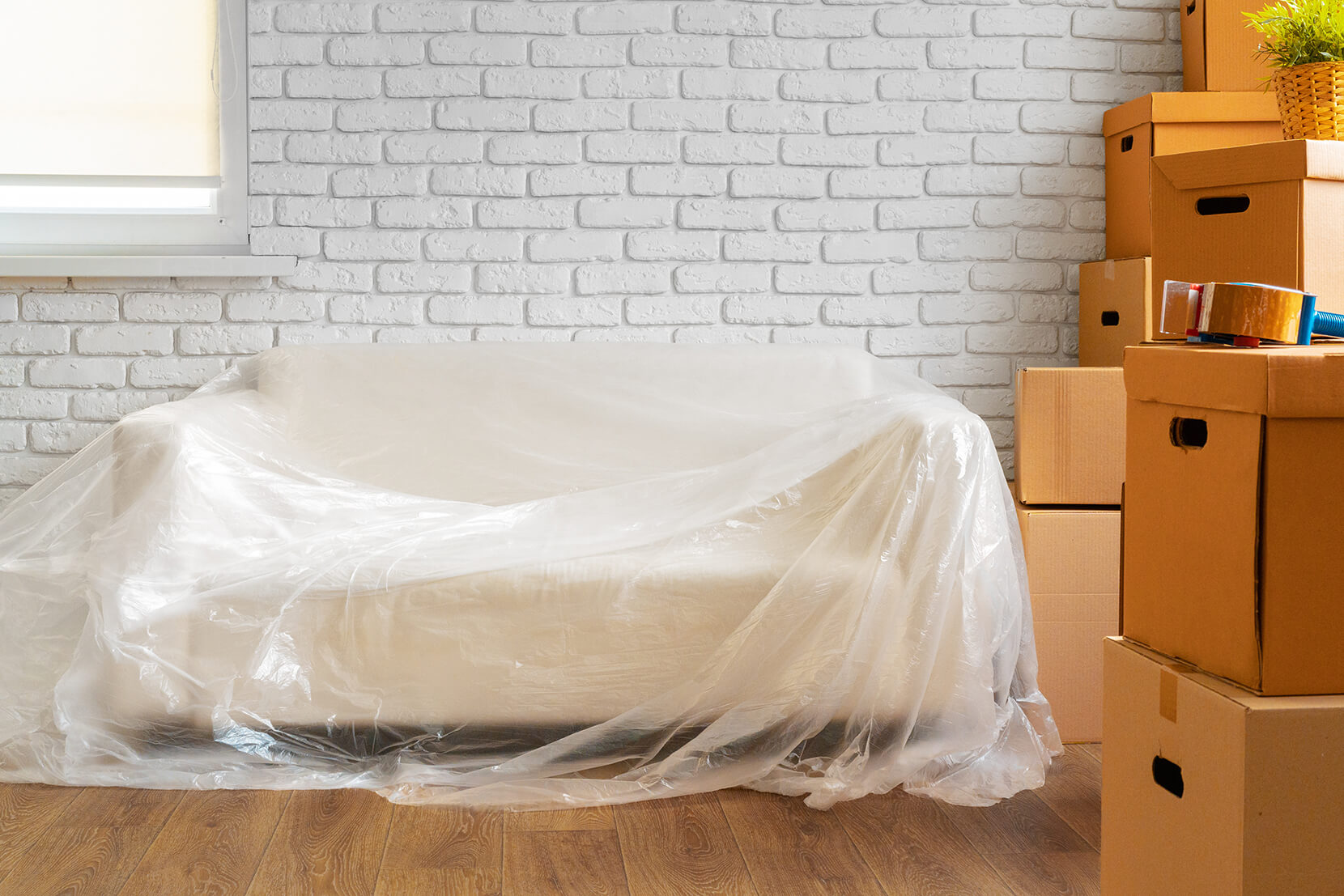 How to Pack Furniture and Prepare It for Moving

One would think that all the stress and hassle of a local move would end when you are finally settled into your new home. But you may find yourself receiving letters addressed to other people once you do. Knowing how to stop getting mail for previous residents comes in handy, especially if you are renting and changing your home frequently. If this happens to you, you will want this situation sorted out asap, so take a look at our tips.

Why Do I Receive Mail Addressed to Other People?

Apartment hunting in LA and deciding where to live in Los Angeles is stressful enough. The hassle doesn’t end when you choose between the best suburbs or some of the other safest neighborhoods in LA. You’ll still need to finalize the details with your real estate agent and go through Los Angeles renters’ rights. And on top of that – you may find yourself receiving other people’s letters when you finally move in. What to do when you get mail for previous residents? Your movers in Los Angeles have the answers.

To put it simply – mistakes happen. The US Postal Office serves hundreds of millions of people, so they can easily fail to notice certain changes. Most of these changes of addresses are done online, and it takes their system about 10 days to officially register and change the address. People can simply leave this task last on their to-do list and prolong it even more. Or they can get torn apart between trying to figure out how to pack fragile items and being too busy moving large items that they simply forget about it, along with the other most commonly forgotten things. But that’s OK – it happens more than you know, and there are simple ways to get it sorted. We are here to share them with you.

What to Do When You Get Mail for a Previous Resident? Breathe

First things first – don’t sweat about it. You’ve probably been under a lot of relocation stress up until this point, with your relocation expenses checklist and figuring out how to pack plates. While you may feel like this is the last thing you need on your plate right now – this really is the last obstacle on your way to enjoying your new home somewhere in Hollywood neighborhoods. This happens more often than you think.

Did you know that the average American moves more than 11 times in a lifetime? It’s safe to say that Angelenos move even more than that, so this has happened to most people at some point in their life. And it’s easily resolved, so there’s no point in stressing over it. So, take a deep breath and a sip of your favorite beer from some of the breweries in Los Angeles, and read up on how to fix it.

How Do I Stop Getting Old Tenants’ Mail?

When you find yourself living in Beverly Hills, or maybe you are living in downtown LA, or whatever your chosen neighborhood from our Los Angeles neighborhood guide is, you may find yourself receiving strange letters. This won’t go away by itself, and you have to act on it if you want to end it. There are several ways you can put an end to this unpleasant situation and assist someone else in receiving their letters. You may be tired of packing a TV and all the other stuff, so you may not feel like going into depths to look for answers. We will keep it short and present you with simple moving tips on what to do with mail from previous tenant USPS delivered to you by mistake.

The Best and Easiest Method Is to Return to Sender

Try with the easiest solutions first in a bid to rid yourself of the unwanted magazines and bills and to assist the right person in receiving them. The easiest thing to do is write ‘return to sender’ on a sticky note and put it in your mailbox. It’s better to write it on a sticky note rather than the envelope itself. The mailman will eventually remember that that person doesn’t live there anymore and won’t bring you their post. Make sure the letters are big and legible, so they are easily visible. This is one of the simple and easy moving hacks to put an end to this awful situation. Go with this one first and, hopefully, you won’t even have to take the other steps.

Ready To Move? Get Free Estimate

What to Do With Mail for Previous Residents USPS Delivered to You? Label Your Mailbox

Another thing you can do is to write instructions for the mailman on your mailbox. If you still have some packing paper left from packing pots and pans, you can use it for this. You can make detailed instructions with information on who exactly resides at your address and who doesn’t – like that person or people whose names you’ve seen on the bills you keep receiving. Or you can write something like ‘Mike Davis is no longer at this address,’ ‘Mike Davis doesn’t live here,’ or ‘No other tenants except the Smiths’ – you get the point. You can also tape it over with transparent tape to avoid rain and other conditions ruining it.

How Do I Stop Someone Else’s Mail From Coming to My House? Cross Out the Barcode

Like we’ve mentioned, the systems of the post office are mostly automated these days. Especially USPS’s. That means that, despite these prior efforts, you may still be receiving unwanted items. If that’s the case, look for the barcode on each letter. It’s usually in the upper right corner of each envelope. When you find it – cross out the barcode on each unwanted envelope. That should signal the system that the individual is no longer at that location and their letters are unwanted. You can also write ‘Not at this address’ just to make sure they get the message. Hopefully, this should be enough, and you’ll be able to relax at some of the beautiful botanical gardens in Los Angeles.

File a Complaint to Stop Receiving Mail From Previous Residents

There’s one catch to the barcode hack – sometimes, there are no barcodes on the envelopes. If all else fails – resort to ‘a heart to heart’ conversation with your mailman. Tell him about the situation you are in. If you are in some of the affordable suburbs of Los Angeles, you may have already met the mailman, or you soon will. Kindly ask him not to bring any more letters that are not addressed to you. The mailman may have noticed Los Angeles movers around, so he or she may already have an idea.

You can also gather the pile of the letters you have received and take it to USPS directly. That way, you will make a point of the situation you’re in and that it isn’t a sole incident or a single mistake. Bring this to their attention and file an official complaint regarding the issue. While driving to the post office can take some time and energy, it is a way to put an end to this. Besides, you can stop by at some of the cool museums in LA or drive to some of the best beaches in Los Angeles to forget all about the fuss.

All these things should have you covered and sort out the mess you’re in. However, if you still end up receiving some magazines or subscriptions, there’s one last action you can resort to. Usually, it’s the magazines and various kinds of subscriptions that slip people’s minds. Whatever reasons to move they had and whether they’re relocating to East LA neighborhoods or some other affordable places to live in LA – they will likely organize the important documents. It’s the little things that get overlooked. So, if you are still receiving someone else’s magazines, you can choose to contact the publisher or the company sending them and sort it out with them. Inform them that the former resident doesn’t live there anymore, and their office should stop sending whatever they’re sending to your house.

What Do I Do if I Receive Someone Else’s Mail?

So, we told you about the steps you can take to avoid this situation from happening again. Let’s go over them briefly and concisely once again before we turn to what to do with the actual letters of someone else.

But, what should you do and not do with the actual letters themselves? Surely, you want the former resident who now may be living in one of the best places to live in Los Angeles for singles to get their mail. But, you also want to protect yourself legally, as there are certain laws in place regarding other people’s mail.

Is It Illegal to Throw Away Someone Else’s Mail?

Yes, it is. Even if you are busy, annoyed, or living in LA without a car and do not want to bother going to the USPS – do not throw away the unwanted envelopes. It is actually a federal crime as it is considered mail theft because the act of you throwing it away will prevent the other individual from receiving it. It won’t solve your problem either as the letter will likely keep coming to your home. And you want to help someone else out – they probably still want those envelopes. So, follow the steps listed above to make sure you solve the problem for yourself and help someone else out.

This goes without saying to most of us, but – do not open someone else’s letter. Besides it not being courteous – it’s also illegal. Yep, opening another one’s letter is a federal offense and is considered theft. If you have already done it accidentally, put it back in, and tape the envelope. Then proceed with the advice from below. Mark it ‘return to sender’ and place it back in the mailbox to be returned to the former resident.

Don’t File a Change of Address for Another Person

If you are battling how to stop mail for previous residents and you happen to know the person who used to reside at your new home, you may feel tempted to file a change of address for them. Don’t do it! It’s also a federal crime that can result in a fine or even prison time. Only the former resident, their executor, authorized officer, or guide are legally allowed to file a change of address for them. If you do it, a notification letter of the change will be sent to them, and it can get you in trouble. So, no matter how close you are to the person or people who used to reside in your house before – do not resort to this.

Now You Know How to Stop Getting Mail for Previous Residents – but Do You Know Which of the Moving Companies in Los Angeles to Choose?

Hopefully, we’ve helped you with this issue. But our moving company in Los Angeles can also assist you with residential moving services in Los Angeles and a wide area around it. Get the right Los Angeles moving company on board and plan your moving-away party with peace of mind. If you do not want to pack books and would rather spend that time in the best mall in California, contact us and request our packing services. Don’t leave it all for the last moment and resort to finding out how to pack to move in a hurry. Don’t hesitate to contact us if you want to get a free quote, and if you like it – get ready to move efficiently with All In Moving.